The Top Reason to Get Professional Photographs

One of the things the funeral home asks for is a recent photo for styling and for the obituary.

Probably more importantly, however, is that family will start looking for recent photographs that show the person they remember best. 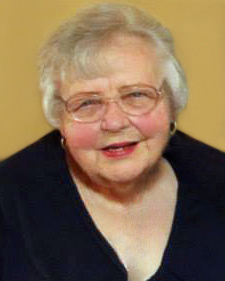 The most recent snapshot of Eleanor was at her husband’s funeral a year and a half ago… but her hair was a bit disheveled. The one before that? The family photo I made them take together six years ago at a local restaurant. In that one, she was looking “herself” and smiling. Can I find a clear print anywhere? No. We had a canvas print made for our wall… and I had posted it to Facebook. For whatever reason, the original digital file is missing. I downloaded one from Facebook. Knowing I didn’t have time to extract her image from the group, I sent it off to my preferred professional retouch company, who were not happy with the low resolution of the file but made it happen!

In the meantime, we started sorting through pix for display at the funeral. We have quite a few from the late 1950s… but then she became the family photographer and therefore did not appear in front of the camera except in a few studio family portraits. She clearly liked to take pix of a couple of her passions: flowers and quilts. We were hoping to create a collage that covered every decade of her life. We weren’t able to do that, especially after her 50s.

We had just brought Eleanor from her home in Pennsylvania to an assisted living facility near us in Virginia, as her health was declining, and we wanted to make sure she was better cared for. We expected that once her nutrition improved, and her levels of activity and socialization increased, her overall health would improve, too. I was planning to include her in my “50 Over 50” project. There was no way to predict that 48 hours after move-in she would be in the hospital, and 56 hours after that, she would pass.

Please get your photograph taken professionally at least every couple of years. Please exist in photos for those you leave behind… and do it now, because you never know how long you have left.

I’m heading to my mother-in-law’s funeral today. I’ll be in touch later.